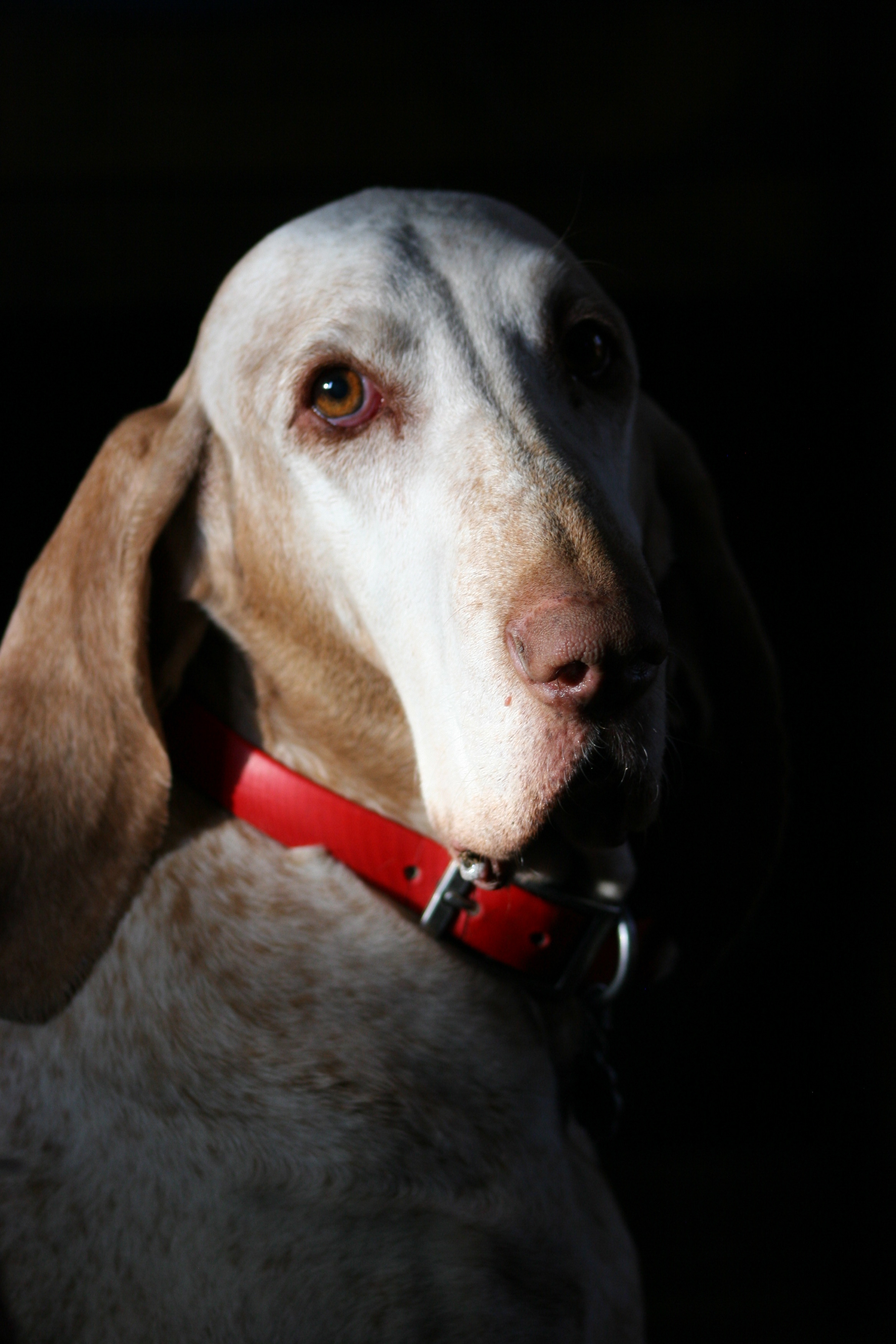 And now, we’d like to introduce Cerca Trova’s Mosey, whose sire and dam are our Eros and Mosca. Mosey’s owners are Paul and Mary Johnson, of Wyoming and they and we are thrilled to announce that Mosey, at the age of 11 months, has won Best in Show at the only Bracco Italiano specialty show in the US, in October, 2015. She also brought in 4 pheasants in her first hunting competition at this show. Paul and Mary have done a phenomenal job with training her, and we look forward to more recognition and awards for her as she matures!

How we started out: When we first started our search in 1998, we wanted to find and promote a breed of dog that has not been made popular in the U.S; statistics show that a breed’s popularity here is often its downfall. After a 2-year quest, we found Jaap Muller and Tina Steffens, well-known Bracco breeders in the Netherlands. Their dogs have won hunting trials and breed shows all over Europe, and the dogs are raised in Tina and Jaap’s home, as are all the puppies. Dino, our brown/white male, was born the day before our wedding, in May 2000; (we lost him in 2006.) When we told Tina and Jaap that we wanted to breed really good Braccos, they were so pleased to help us that Jaap went to Italy and selected Alba, the orange/white female, out of 7 litters.

The puppies arrived in the U.S. on July 5, 2000 and have been charming everyone since then. We got our 3rd Bracco, an orange and white female named Mari, from Tina and Jaap and she fit right in – as charming as the other two. She never did become pregnant, so we spayed and placed her.We then kept Lovely Flora, a brown and white bitch from our November, 2002 litter. She is a wonderful combination of both Dino’s and Alba’s attitudes – she was pointing beautifully at an early age. In 2005 we obtained Astor, a white and orange male, from GianPaolo Poggio, a breeder in Italy, through the help of Tina and Jaap, who are his good friends. Astor added an entirely new bloodline to the United States. Alba and Astor had Giana in October, 2006, and we lost Astor to cancer at 3 years old.

In April, 2007, Dan went to Italy and brought back Dixie and Apollo. When we did PennHip testing on Dixie, Giana and Apollo’s hips, he got good results, but both bitches failed …. so after much anguish, we spayed them and placed them in great hunting homes. On Dan’s next trip to Italy, he brought back Eros, the pick of the litter bred by Dr. Alessandro Grecchi, past president of SABI. He also brought back Leila, a beautiful orange bitch bred by Luigi Forcati.  We have Bambam, Leila’s and Apollo’s daughter, and Ziva, a brown bitch from Hungary.

Well – we have had a very difficult time breeding for the last year and a half.  It started with finding out that the Italian male we imported was sterile….. so we neutered and placed him (this with 1 1/2 years on hold until he was old enough to breed.)  Then there has been a long comedy of errors involving false pregnancies; next heat was Eros with a urinary infection (  = no breedings, of course) and losing a bitch after breeding with a highly unusual medical condition.  I’ve told everyone that we’d have another litter within 6 months…. and soon, I know I’ll be right!  No breeders could have much more bad luck and continue calling themselves breeders.  Of course – during that time, one of our 2014 puppies won “Best of Breed” in the US, and that same puppy (Mosey – see above) got her NAVHDA (National Association of Versatile Hunting Dogs) Junior Hunter title in one weekend (we’re told that’s almost unheard of.)  So – there’s definitely some good with the unexpected! Please stay tuned for the next chapter in Cerca Trova’s breeding sage! 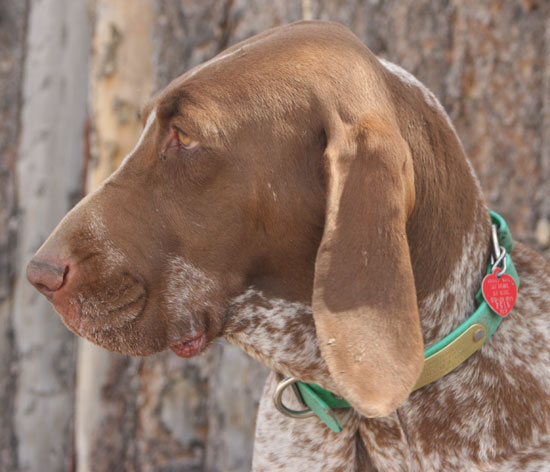 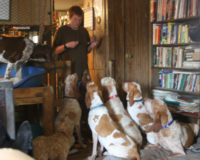 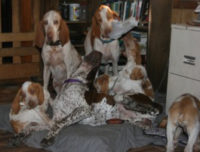 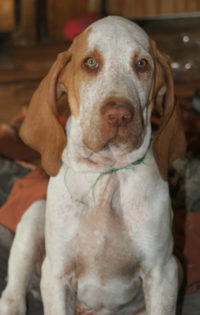 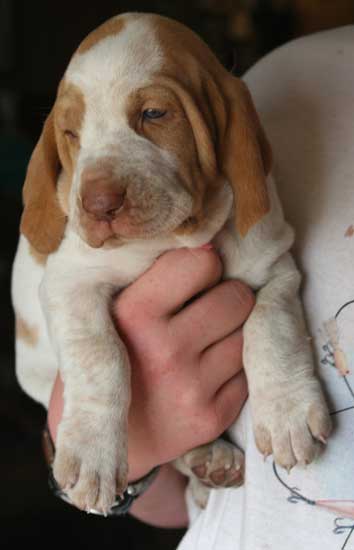 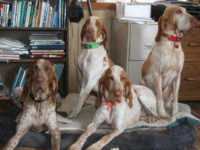 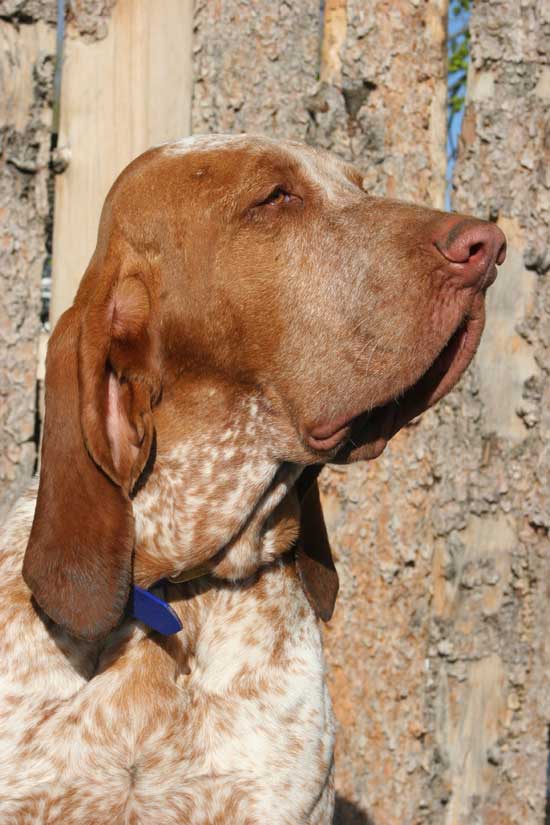 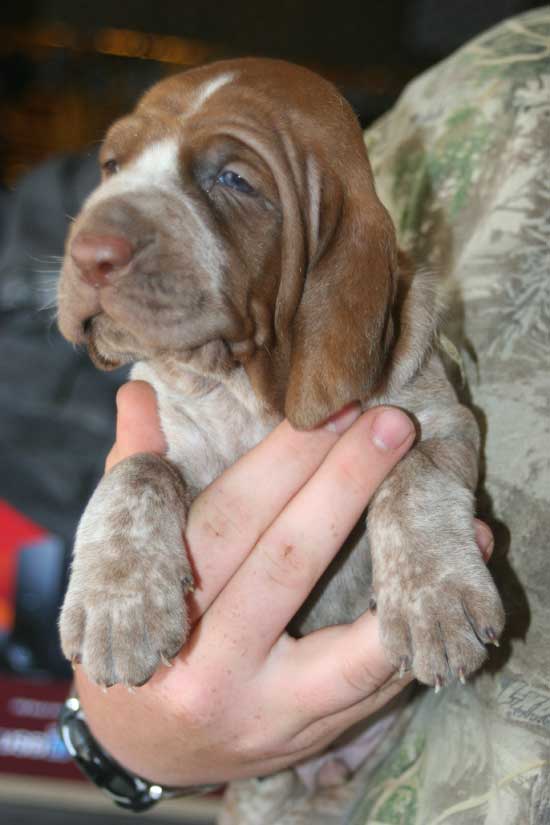 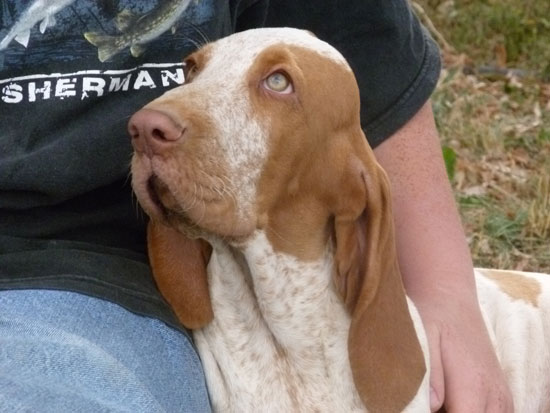 We have puppies available from our 6/7/22 litter!

Announcing a surprise litter from Blue Raoul and mom Jill, whose father is Bravo, our brown male.  Due to Jill’s age (1 yr 9 months) she has not yet had her hips certified, and these pups will be available at a greatly reduced price, however, the grandmother of this litter is OFA excellent.   pups are 6 weeks old, no hernias, eyes good and testicles all descended, already birdy, darling, and retrieving.  For more information, feel free to call Lane Conrad at